Home » IDF Inquiry: Soldiers’ Lives Were In Danger in Incident in Which Arab Rioter Was Shot

IDF Inquiry: Soldiers’ Lives Were In Danger in Incident in Which Arab Rioter Was Shot

Jerusalem, 7 January, 2021 (TPS) — IDF soldiers were in a life-threatening situation during an incident on Friday in which an Arab rioter was shot at close range and critically wounded while the Israeli troops conducted an operation to confiscate illegal construction equipment in the village of a-Tawani in the Har Hebron area.

An in-depth investigation conducted by senior IDF officers into the incident revealed that the troops were “in real danger of death” while carrying out the enforcement activities.

The investigation found that there was a disturbance at the scene and the force was violently attacked by a number of Arabs who sought to thwart the enforcement activities.

Following the attack, and after the rioters refused to evacuate and continued to attack the soldiers, the force commander commenced with a procedure to arrest suspicious individuals, which included firing into the air.

During the shooting, two Arab rioters violently attacked the commander of the force, one of them forcibly pulling the commander, and the other seizing his weapon.

As a result, unintentional shots were fired, hitting a third person, one of the violent rioters.

The Palestinian Authority’s Health Ministry reported that the man, Haroun Abu Aram, 24, was left paralyzed from the neck down following the incident.

In parallel with this initial inquiry, a preliminary investigation is being conducted by the IDF’s Military Police, which will include collecting testimonies from Arabs present at the incident and collecting medical documents. 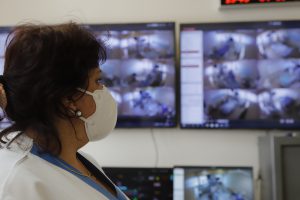 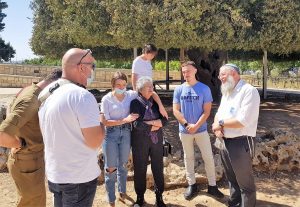 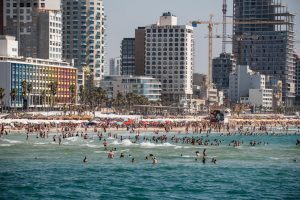